Fedor Holz Breaks the $10 Million Mark IN A SINGLE YEAR 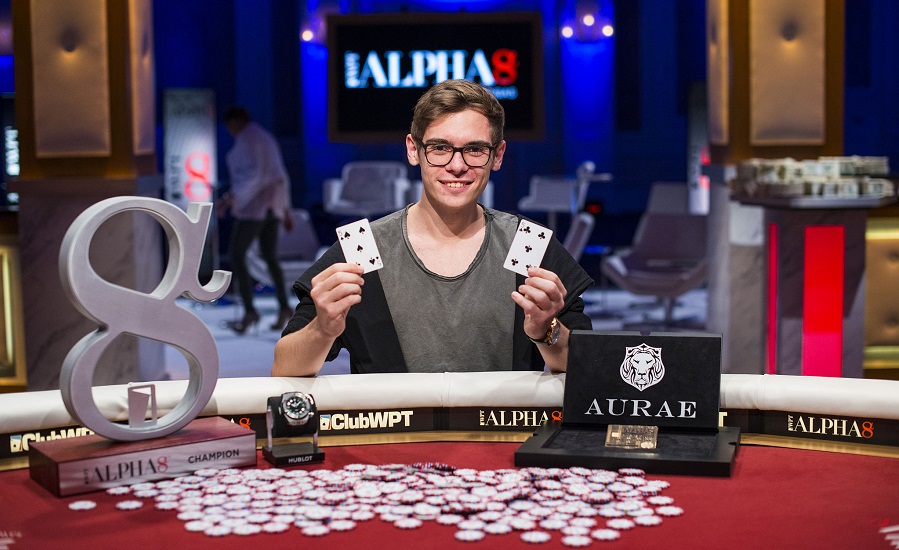 Fedor Holz has won over $10 million in a single year in 2016. Yes, you read this right, $10 million in a single year and if we are being picky, in a little over 6 months.
Think what you would consider to be a successful year at the poker tables. In fact, forget about one year, what would you consider to be a successful poker CAREER at the tables in terms of money earned? For most people, $1 million would be the sign of a rock solid game and enviable lifestyle. For Fedor Holz, based on his success in the past few months, $1 million would be a quiet year indeed.
A native of Saarbrucken, Germany, and currently residing in Vienna, Austria, this high-roller specialist bets big and he wins big. He learned his trade online and was the top ranked MTT player for 2014 and 2015, playing hundreds of poker tournaments during this time and beating all-comers.
He has over $18 million in total lifetime winnings and is yet to hit his 24th birthday.
He must look at the rest of us and thinks; “What’s the problem? Just do what I do!”. His record is amazing. Let’s take a look at his highlights and, as you read this, you should note this is only a snapshot of his poker achievements, there are many more big cashes if you check his results. 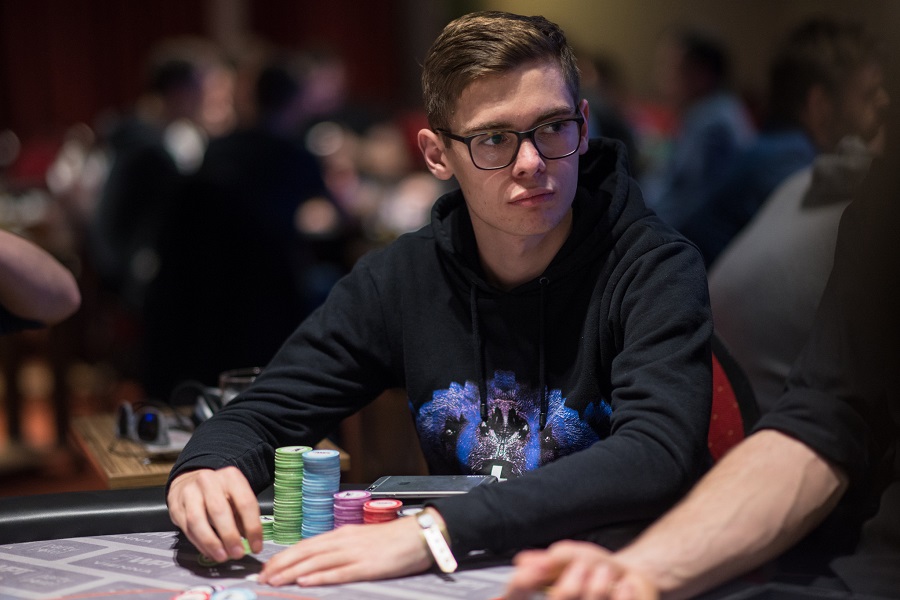 In 2014, Holz came to the poker world's attention as he captured the WCOOP Main Event playing as “CrownUpGuy” which is also his Twitter username. The WCOOP championship is extremely prestigious and was worth a massive $1.3 million to him. He transitioned to the live game in spectacular fashion by earning a 25th place finish at the 2015 WSOP Main Event cashing for $262,574 in the process. Even if this was all he achieved in poker he would still be well-regarded, but this was just the beginning of the hottest sporting streak I think I’ve ever seen.
After the WSOP in 2015 where he ran deep in the main event, Holz had also finished 3rd in the 2015 WSOP NL 6-Max Event #37, which was eventually won by Byron Kaverman. Holz picked up another $268,463 and continued to cash in large events until his next breakthrough result which came in December 2015 when he won the $100,000 buy-in WPT Alpha8 No Limit High Roller event, finishing ahead of Daniel Negreanu (3rd) and Nick Petrangelo (2nd) to capture the $1.5 million first prize.
Setting a trend for the next few months, one single win did not result in Holz resting on his laurels. On the 3rd and 4th January 2016 Holz took his place in the Triton Super High Roller No-Limit Hold’em event and put up the massive $196,000 + 4,000 buy-in. This event attracted 52 entrants that included none other than Phil Ivey, who finished in 5th place. Holz won the event and the first prize of $3.4 million. His streak continued.
At the end of January, Holz travelled to the Aussie Millions tournament and bought in again to the biggest buy-in events, challenging 40 other entrants for the $2.8 million prizepool in the $100,000 buy-in event. In what looks like a modest cash for Holz, he finished in 5th place and cashed for US$196,901.
On 26th April, Holz took part in the €10,000 + 300 No Limit Hold'em - High Roller #2 event in Monte Carlo Bay Hotel & Resort. He had another great run and nearly won the tournament, but came in 4th out of 214 entrants, winning another $190,000. Holz was one of 62 entrants into the €49,000 + 1,000 No Limit Hold'em Super High Roller on Sunday, May 1st and yes, you guessed it, he once again had an amazing run in the tournament, finishing in 5th place and collecting $310,892. 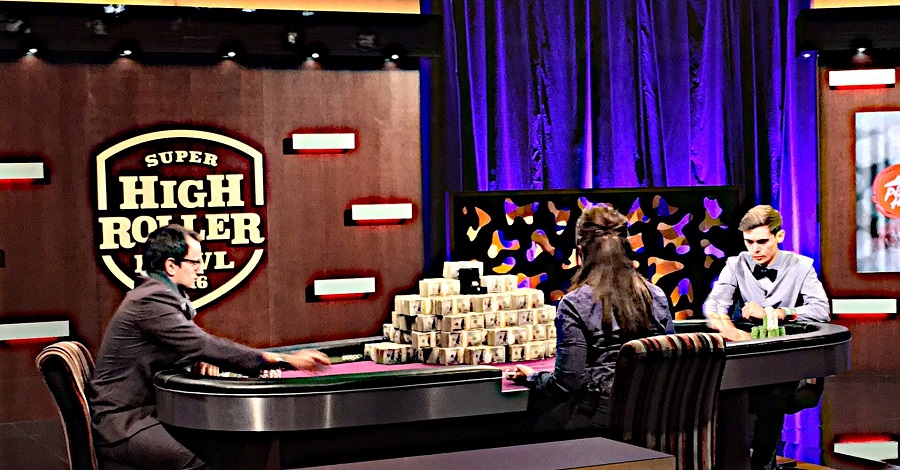 I stop for a moment and note that he then played in a $50,000 buy-in tournament in Las Vegas before buying into a mind-boggling $300,000 No Limit Hold’em event on 29th May where he finished in 2nd place and won $3.5 million. The winner of that tournament was fellow German pro Rainer Kempe, who won $5 million. Other notable finishers in that event were Phil Hellmuth in fourth place for $1.6 million and Erik Seidel in third who won $2.4 million.
Holz then had three other big wins in a short space of time. He played in the $50,000 Super High Roller in Las Vegas and won the event for $637,392 on June 3rd, he won another $393,120 for winning a $25,000 High Roller event in Vegas on June 10th and a week later he won the tournament again for another $276,012. It almost beggars belief how good this kid is at poker, and on its own, this series of wins and big cashes would fill many a poker article.
So shall we stop there? We could do and the results would be breathtaking. However, Fedor Holz was not finished. He went and binked the $111,111 buy-in ‘High Roller for One Drop’ Event for another $4.5 million! An amazing achievement and this locked in a historic run that I feel may never be matched.
Just read over this article again, the six and seven figure wins are so frequent it almost looks easy. Just having the guts to buy into these events is enough to make your eyes water, but look at the frequency of wins. Anyone else think Poker is a game of chance? Fedor could be the best example that poker should be classed as a skill game and he is one of its best exponents at the moment. 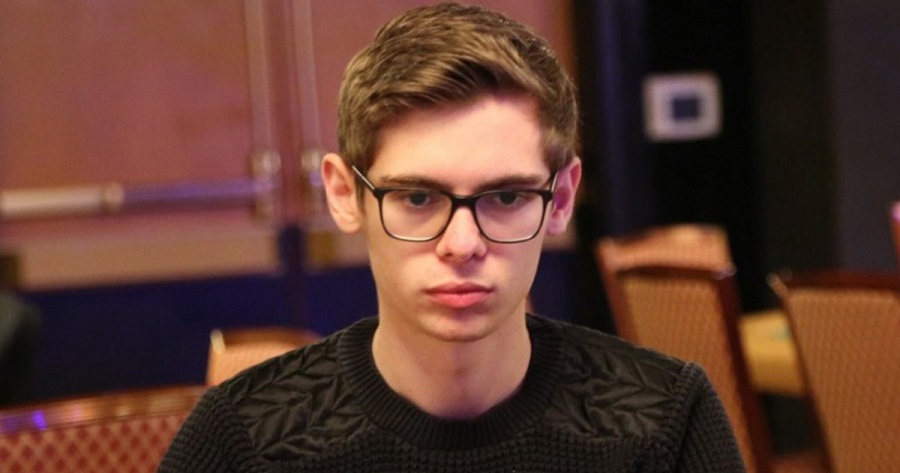 Fedor Holz recently announced that he was taking a break from intensively following the high-roller poker circuit. His biggest challenge may be to now work out how to replace the buzz of beating the highest stakes poker games and feeling challenged. I think it’s a nice problem to have and he deserves all of his success for being willing to invest in his own ability and watch it pay off in a big way.
Fedor is truly a great player and we will enjoy watching him play poker whenever he returns to the tables, which he assured the poker world will be quite regularly. When you have won $18 million in such a short space of time and are such a proven winner at the tables, why would he want to give it up completely?
Share