Luckiest Poker Hands in the World Series of Poker

The game of poker dates back over two hundred years and can be played by anybody, from those who enjoy it casually at a social occasion, to those who play professionally at high stakes tournaments.
The game requires skill in psychology, probability, and strategy. Due to the unpredictable nature of the game, nobody knows what card is going to be drawn next, but based on odds we can guess.
Skill helps, but you often need a bit of luck and skill to get you through.
You can try your luck at poker and a whole host of other games at Vernons online casino. Here we take a look at some of the luckiest hands in the history of the World Series of Poker.

In the 2009 World Series of Poker Main Event, Phil Ivey was considered the best player in all of poker. He was dealt a great starting hand, an Ace and a King. Sitting across from him was his opponent, Darvin Moon, with an Ace and a Queen. It looked like Moon was beaten by Ivey, the overwhelming favourite, but Lady Luck must have been smiling down on Moon as he was dealt a second Queen, a 3:1 long shot, knocking the most dangerous player in the tournament down to seventh place.
Meanwhile Joe Cada risked his tournament with pocket Threes against Jeff Shulman’s hand of pocket Jacks. Shulman was viewed as the clear favourite at this point until a third Three was dealt in Cada’s favour, a 4:1 long shot.
Later, with only three players left, Cada risked his tournament again, this time his hand was pocket Two’s against Antoine Saout’s pocket Queens. Unbelievably, Cada found a way to win, yet again a 4:1 long shot.
The two luckiest players in the tournament were the last ones standing. Something had to give. In the dramatic final hand Cada, was dealt pocket Nines (diamonds and clubs) and Moon was dealt a Queen and a Jack (both diamonds). At this point Cada’s chances of winning were 52%, Moon’s 48%. It was too close to call. The first flop revealed an Eight, Two (both clubs) and a seven. This saw Cada’s odds raise to 78% whilst Moon’s drastically cut to 22%. The next flop revealed a King, had it been diamonds it would have drastically swapped the odds in Moon’s favour, unfortunately for him it was hearts, all but finishing Moon’s chances at 14%, leaving Cada in the driving seat at 86%. The final card was the Seven of clubs, completing Cada’s flush and earning him a cool $145 million. 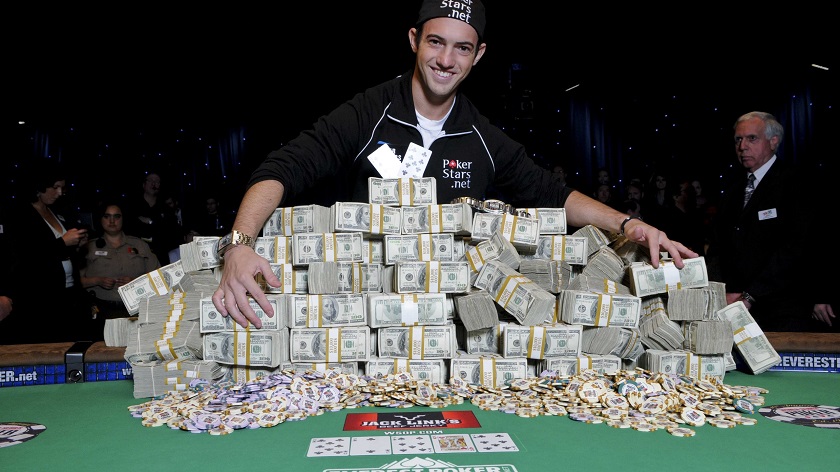 2003
Of course you can’t talk about the World Series of Poker without including the real life rags to riches story of Chris Moneymaker, the accountant from Tennessee who won entry to that year’s World Series of Poker through an $86 online tournament. Chris would be the first to tell that he had Angels on his shoulder for the duration of the tournament as he outlasted 838 other players.
Throughout much of the tournament, Moneymaker relied on his bluffing skills as, in many cases, he had the worst hand.
Sam Farha was Moneymaker’s final opponent. In the final hand, Chris was dealt a 5 and a 4 whilst Farha received a j and a 10. At this point Farha was the favourite with 64% , Moneymaker was bluffing, unsure if if would prove a bluff too far.
The first flop revealed j5 and4. This swung the odds in Chris’s favour at 76%. The flop raised Chris’s odds to 83% with the 8, and the final card, 5 gave Moneymaker a full house and the World Championship.
This average Joe inspired a generation that they too could beat the pros.
Sadly, although he still plays, Chris Moneymaker hasn’t managed to find success at a tournament since. 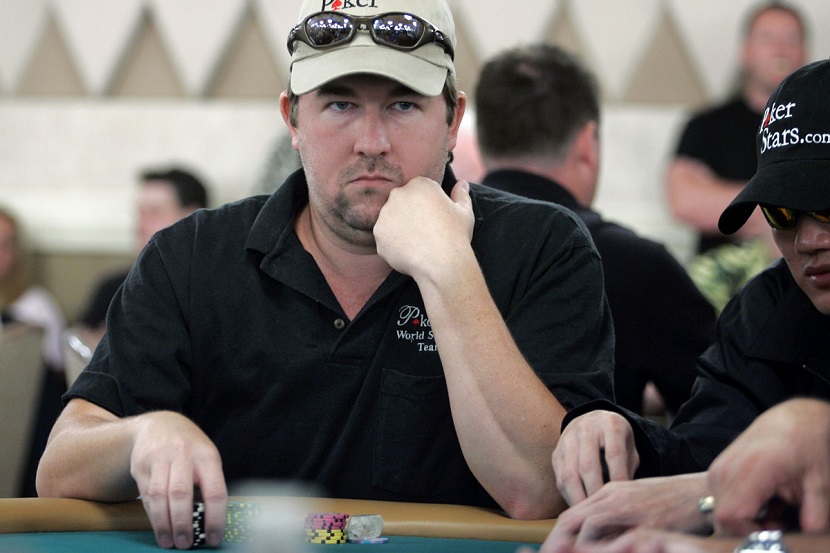